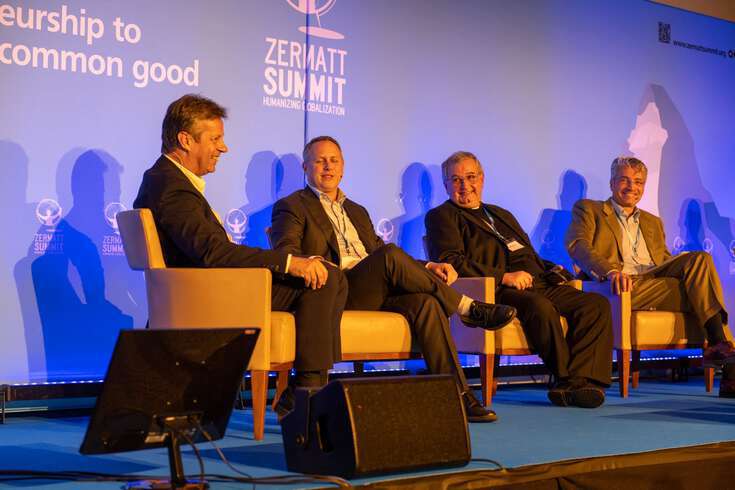 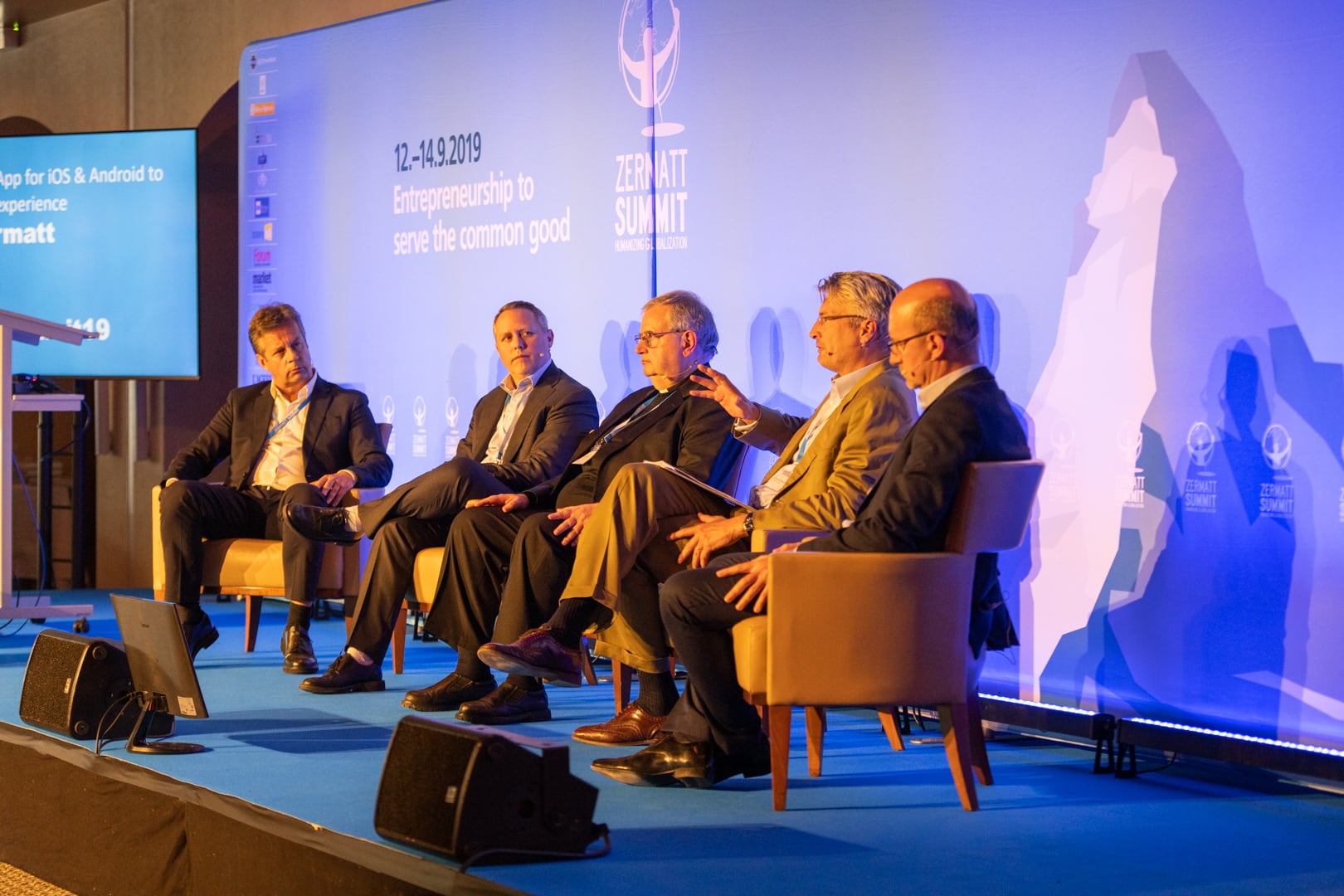 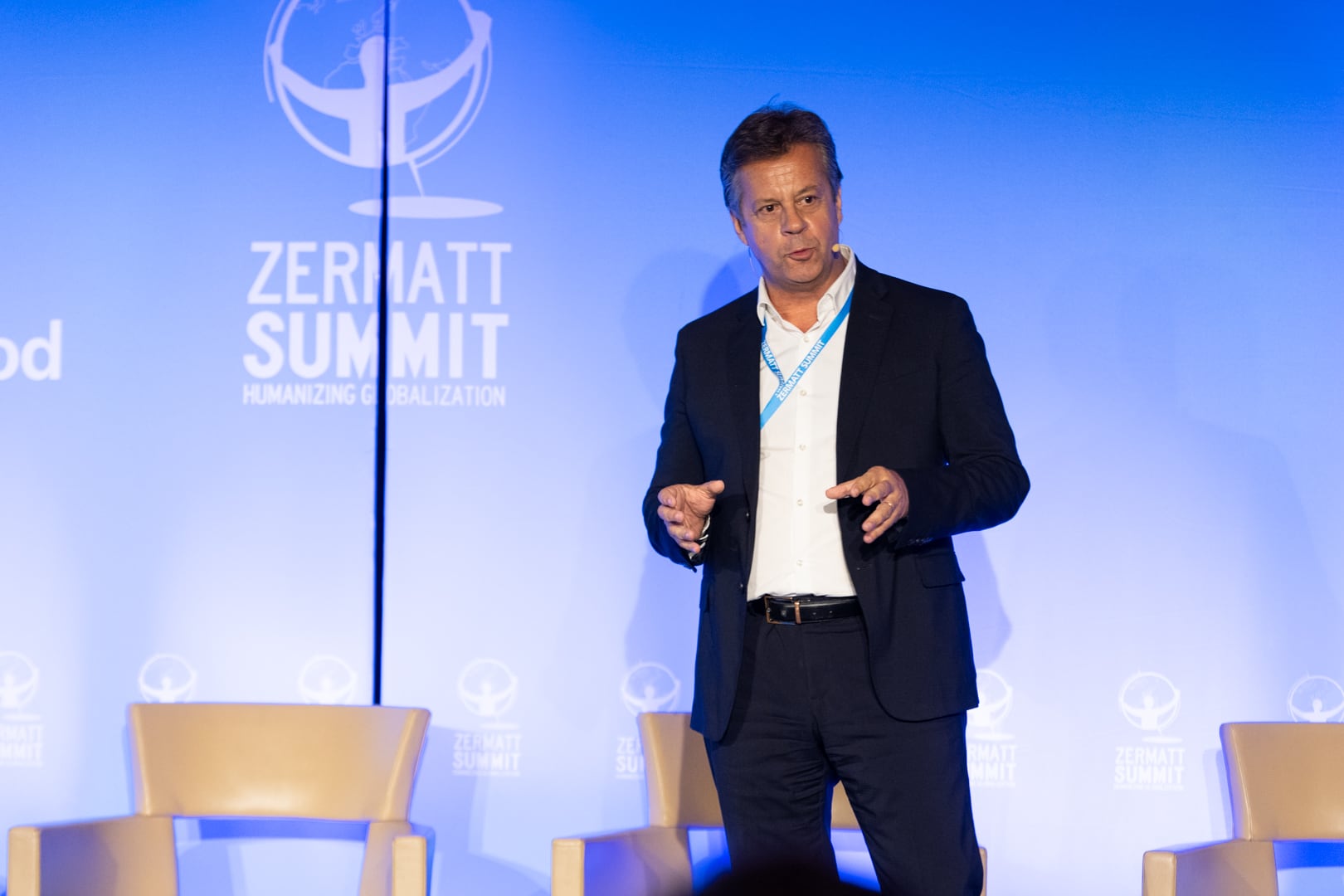 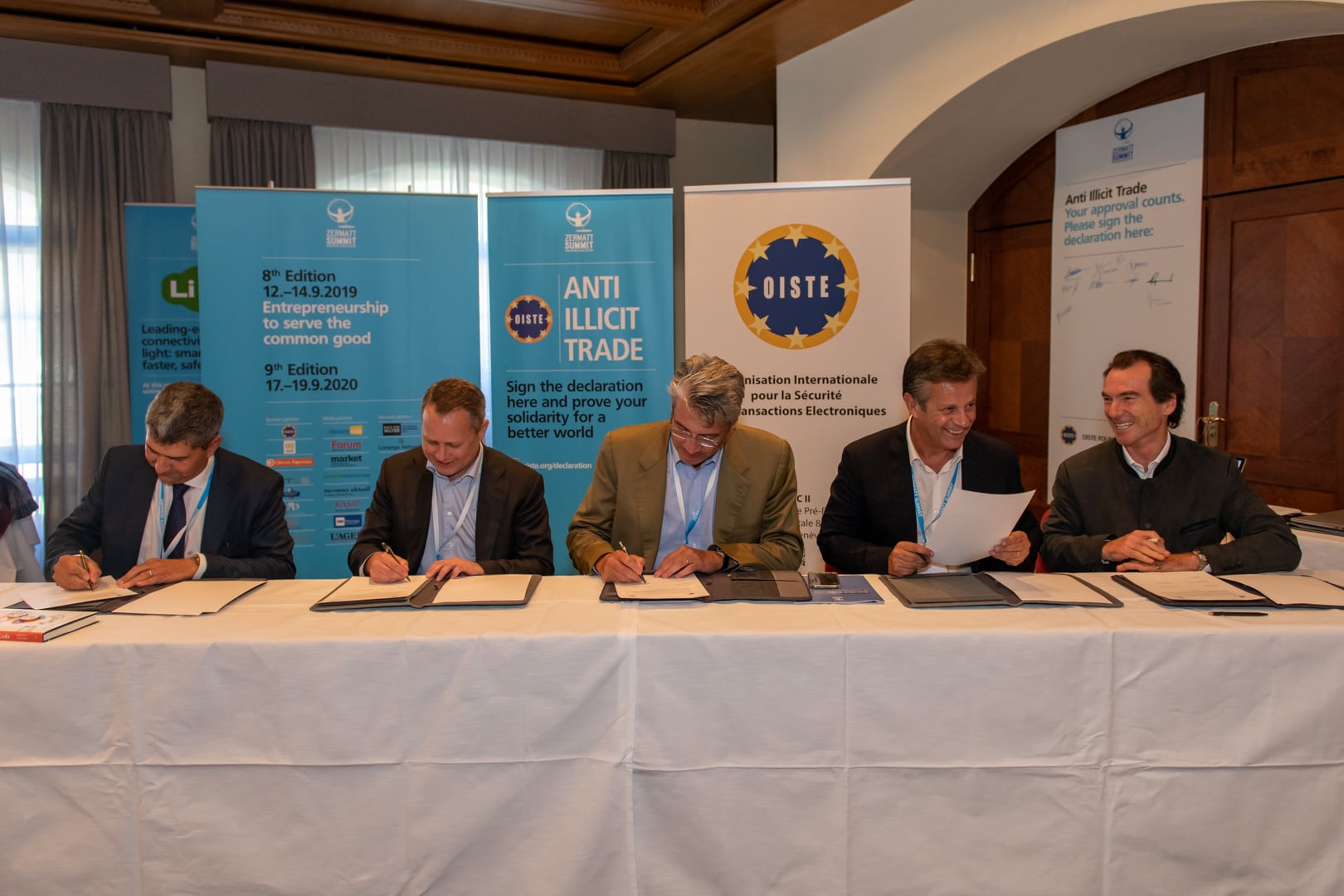 Humanizing Globalization: How can we protect consumers from illicit trade?

The Anti-Illicit Trade Declaration
Calling on the International Community to address all Forms of Illicit Trade
Despite considerable efforts of global organizations, governments and actors from the private sector, Illicit Trade remains prevalent and continues to pose a significant threat to the global economy1.
At the Zermatt Summit, delegates from 46 different countries launched The Anti-Illicit Trade Declaration, calling on the International Community to address all forms of Illicit Trade. This declaration outlines the steps that need to be taken to stop Illicit Trade, which governments and private sector signatories agree needs to be treated as a serious crime.
Today, with the digitalization of economies and recent technology developments, the fundamentals of trade are transforming in both legal and illegal economies. Improved global networks, real time data sharing systems and online platforms enable a more efficient supply of illicit products and increase the number of parties participating in this market, creating significant challenges for legitimate manufacturers, governments and other operators within affected industries.
Therefore, Illicit Trade has become a major contributor to discrepancies in wealth between the developing and developed world, while fuelling devastating conflicts and undermining the legitimacy of States. In effect, Illicit Trade is the conduit that supports destabilizing and dangerous activities in nearly every sphere of the global economy.
As a result
There is an urgency to develop an Anti-Illicit Trade Declaration to enhance awareness of the issue and respond to these challenges. The OISTE Foundation, the Zermatt Summit, WISeKey and a high-profile panel of international experts therefore launched at the September 2018 Zermatt Summit the Anti-Illicit Trade Declaration that will be ratified during 2019. This will be presented to the international community via a global roadshow calling on the international community to address all forms of Illicit Trade, promote due diligence and supply chain controls, and to foster cooperation between state and non-state actors in developing sustainable solutions.
Anti-Illicit Trade Declaration Main principles:
Treat Illicit Trade as a serious crime within the UN Convention Against Transnational Organized Crime (UNCAT), the UN Convention Against Corruption (UNCAC), and Agreement on Trade Related aspect of Intellectual Property Rights (TRIPS),

To this end, the signatories are adopting the Anti-Illicit Trade Declaration and the principles below:
1. We are committed to collaborate with all relevant stakeholders – whether an individual, organization or government – irrespective of their acumen, culture, location or motive to pursue a long-term sustainable strategy to combat Illicit Trade as a global threat to the world economy.
2. We support the development of innovative technological solutions to ensure the protection and traceability of products and services with a view to stop Illicit Trade in all of its forms.
3. We will assist with the establishment of the next generation of tracking and tracing systems based on interoperable open and recognized international standards consistent with applicable laws.
4. that will enable tighter controls in securing supply chains and preventing the circulation of Illicit Trade products and services.
5. We will support the creation of a cryptographic key (Root of Trust) to provide dual factor authentication keys using asymmetric technology to digitally tag products and protect them against Illicit Trade.
6. We will work with each other and will establish formal and informal partnerships with governments, innovators, security experts, civil society, academia, private actors and other stakeholders to foster technical collaboration to counter Illicit Trade.
7. We will study the strengths, weaknesses and interlinkages in the way that our multi-jurisdictional world economy influences the advancement of a coherent system for trusted identities required to secure international trade, ecommerce platforms and IoT.
8. We will encourage global information sharing to identify, prevent, and detect Illicit Trade and ensure flexible responses to secure of the wider global trade ecosystem.
9. To ensure the establishment of a meaningful partnership through the implementation of the Anti-Illicit Trade Declaration, we, the undersigned companies, will continue to define collaborative activities that we will undertake to further this Declaration. We will also report publicly on our progress in achieving these goals.
Signatories
About Zermatt Summit
Since 2010, the Zermatt Summit has been held annually in Switzerland. Primarily aimed at business /financial leaders and entrepreneurs, in an action-oriented dialogue together with changemakers, from civil society, academics, education, fine arts, architecture, medicine, spirituality and the public sector. The Zermatt Summit annual conference program is a catalyst to inspire, to share innovation and to translate new business development models into action, prioritizing human dignity in our globalized world.
More information:
http://www.zermattsummit.org
About OISTE Foundation
Founded in Switzerland in 1998, OISTE was created with the objectives of promoting the use and adoption of international standards to secure electronic transactions, expand the use of digital certification and ensure the interoperability of certification authorities’ e-transaction systems. The OISTE Foundation is a not for profit organization based in Geneva, Switzerland, regulated by article 80 et seq. of the Swiss Civil Code. OISTE is an organization in special consultative status with the Economic and Social Council of the United Nations (ECOSOC) and belongs to the Not-for-Profit constituency (NPOC) of the ICANN.
More information:
http://www.oiste.org
About WISeKey
WISeKey is one of the fastest growing Cyber Security companies in the world, being a leading Swiss information security and identity management software and services company. WISeKey’s mission is to facilitate the global growth of secure electronic transactions by providing businesses, governments and individuals with advanced technology and services that authenticate the identity of communicators, signatures, and objects during Internet transactions. WISeKey is currently deploying large scale IoT digital identities ecosystems and has become a pioneer of the 4th Industrial Revolution movement launched this year at the World Economic Forum at Davos. WISeKey Swiss based Cryptographic Root of Trust integrates wearable technology with secure authentication and identification, in both physical and virtual environments, and empowers IoT and wearable devices to become secure transactional devices.
More Information:
www.wisekey.com