The COVID-19 crisis has heightened the dangers posed by the global trade in some illicit trade products. Serious health and safety issues arise when people order fake products online but not only. Indeed, illicit trade products also represent a direct threat to the environment and to a healthy sustainable economy as the producers of those goods do not follow environmental norms. In this context, models such as the blue economy are of high importance and need to gain more visibility. “Offering more with less” is one of the blue economy fundamental principles. This paves the way to innovative business models promoted by sustainable organizations. Fighting illicit trade in the era of sustainability is of particular importance for such entities dedicated to the preservation and wellbeing of the ocean, as the scale of production is reduced from global to local. In such a context, the resilience capacity of local manufacturers is one challenging issue that has to be addressed.

Thus, governments need to ensure the legitimate and safe provenance of goods regarding health and environmental issues. In the context of COVID-19, pharmaceutical products, both online and in pharmacies need to be tracked so that citizens can trust the medicines they use. Then, governments need to take effective action to promote circular economy models and counter illicit trade, and support governance frameworks to lower the incidence of such trade in the blue economy field.

As noted in the March 2020 G20 Trade and Investment Ministerial Statement – that also applies to the blue economy – it is crucial to keep trade and investment flowing and essential supply chains functioning, while emphasizing the importance of transparency in the current environment. 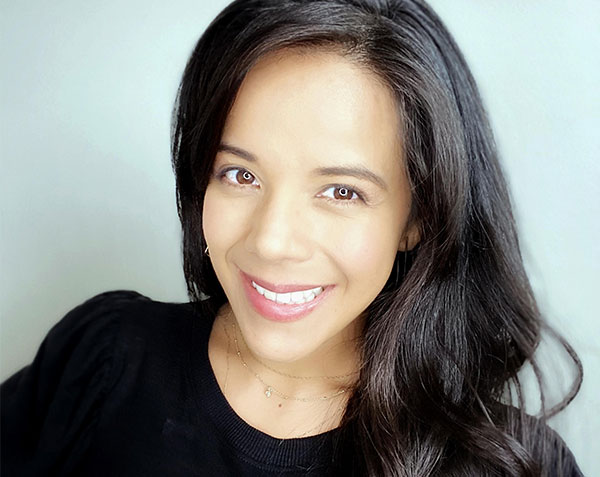 At the age of 19, Daniela founded Sustainable Ocean Alliance (SOA) as a college-room idea at Georgetown University. Sixyears later, she has built SOA into a global organization that is cultivating and accelerating innovative solutionsto protect and sustain the health of the ocean. With phenomenal speed, SOA has created the world’s largest network of young ocean leaders -byestablishing a presence in over 165 countries and has successfully launched the world’s first Ocean Solutions Accelerator to develop technological solutions that can address the greatest threats facing our planet. 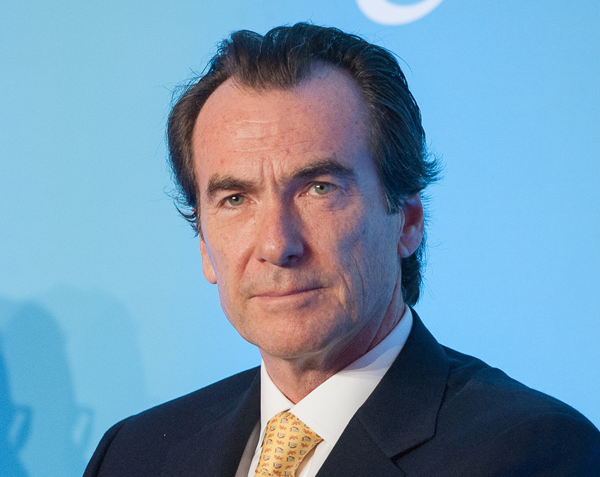 Mr Wasserman is a Swiss entrepreneur and philanthropist. He is president of TeroLab Surface Group and co-founder and president of the Zermatt Summit Foundation. He is the organizer of the Zermatt Summit, an annual event designed to help innovative entrepreneurs, business leaders, senior politicians and NGOs to discuss how ethics can advance business practices in the years to come. The three objectives formulated in the summit’s agenda are: revisiting the rationale of business, promoting and enabling ethical leadership and making political and social responsibility of the company a reality. 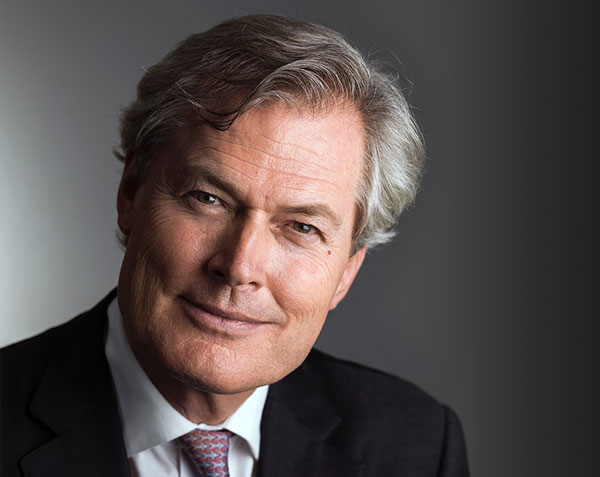 Gunter PauliDirector, ZERI and initiator of the blue economy concept

Gunter Pauli was born in Antwerp, Belgium, in March 1956. In 1979 he graduated as “Licencié en Sciences Economiques” from Loyola’s University (today University of Antwerp) in Belgium and obtained his masters in business administration from INSEAD in 1982 at Fontainebleau, France thanks to a scholarship from the Rotary International Foundation. During the time he was studying, he held the most diverse jobs in order “to sustain family, education and to save money, which permitted extensive traveling during the summer holidays”. In 1978 he was elected as national president of the students’ union AIESEC.

His entrepreneurial activities span business, culture, science, politics and the environment. Under his leadership, Ecover pioneered an ecological factory in 1992, featured on CNN Prime Time News. He founded the “Zero Emissions Research and Initiatives” (ZERI) at the United Nations University in Tokyo, and subsequently established The Global ZERI Network as a foundation, redesigning production and consumption into clusters of industries inspired by natural systems.

He is dedicated to design and implement a society and industries, which respond to people’s needs using what is locally available. His visionary approach supported by dozens of projects on the ground landed him an invitation to present his cases at the World Expo 2000 in Germany. There he constructed the largest bamboo pavilion in modern days presenting 7 breakthrough initiatives. It became the most popular pavilion with 6.4 million visitors. Unfortunately, the pavilion was destroyed after the Expo. However the original built in Manizales, Colombia still stands as a symbol for the Coffee Region.

His latest initiatives include the design of a solution for the plastic soup floating in the oceans and the creation of a protective zone with islands to avert rising sea levels. He is actively involved to ensure that the largest herd of rhinos (2,400 in Kaziranga National Park in India) will be free of poachers thanks to an intensive economic and community development program in coordination with organic tea plantations.

He has been visiting lecturer and professor at universities in on all continents, and Member of the Board of NGOs and private companies in Asia, USA and Latin America. He has advised governments, entrepreneurs and industry leaders on how to implement breakthrough innovations that permits society to better respond to the basic needs of all, starting with water, food, housing, health and energy. He works with what is locally available, focuses on the generation of value.

He is a Fellow of the World Academy of Arts and Sciences (San Francisco, USA), a creative Member of the Club of Budapest (Hungary), Member of the Club of Rome, moderated the Roundtable of Nobel Science Laureates hosted by HM King of Jordan State and obtained a Doctorate from the Italian Government in systems design. He has been awarded an Honorary Doctorate by the University of Pécs, Hungary.

Gunter has published 20 books (written 16 – edited 4), which have been printed in +30 languages and 365 fables bringing science and emotions to children. Over 17 million copies have been distributed worldwide. One of his fables “The Strongest Tree” is available in over 100 languages. 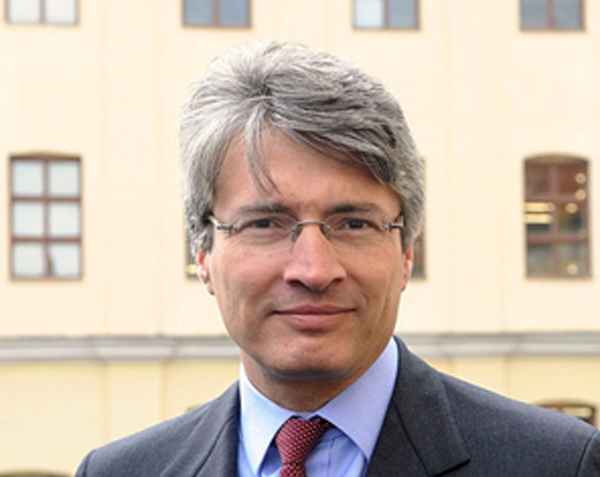 After three years’ experience in the engineering industry at Sir William Halcrow & Partners in London, Alvise joined Philip Morris in 1993 as Finance Supervisor in Munich, Germany. In 1996, he was appointed Manager Business Development, based in Lausanne and in 2000 he became Director Business Development and Corporate Affairs. In 2001, he took the role of Director Business Development and Planning and moved to Rome, leading a task force to set up a new affiliate in Italy. In August 2003, Alvise moved to Sales and in June 2004 became Sales Director Portugal and in 2006 he was appointed Managing Director Tabaqueira (Philip Morris Portuguese affiliate). In February 2008 Alvise held the position of Managing Director Czech Republic, Slovakia and Hungary, based in Prague. In June 2011 Alvise became Area Vice President in Philip Morris Asia and was based in Hong Kong for 4 years. Since 2015, Alvise is the Head of Anti-Illicit Trade at Philip Morris International. 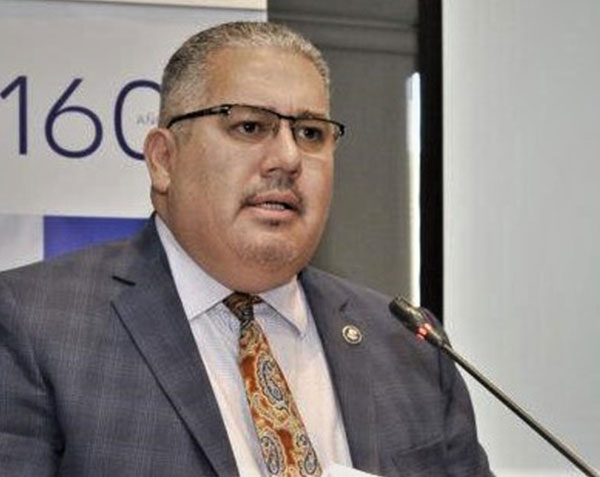 David held numerous senior positions with the U.S. Department of State, Bureau of International Narcotics and Law Enforcement Affairs (INL), including directorships for national security, transnational crime and illicit networks, and anti-corruption and good governance; and was an advisor to the Secretary’s Coordinator for the Rule of Law. David also served as an Assistant Counsel to the President, Office of the Counsel to the President, The White House; and other positions with the U.S. Department of Labor and U.S. Senate.

David is currently the Chair of the Business at OECD Anti-Illicit Trade Expert Group; Chair of the Anti-Illicit Trade Committee of the United States Council for International Business (USCIB); and previously served as the President of the OECD Task Force on Countering Illicit Trade; Vice Chair of the World Economic Forum’s Global Agenda Council on Illicit Trade and Organized Crime, Chair, APEC Anti-Corruption and Transparency (ACT) Working Group, and in other leadership positions in the G7, and other diplomatic fora and public-private partnerships on anti-crime and global security.

David is also a Senior Fellow for National Security and co-Director of the Anti-Illicit Trade Institute at the Terrorism, Transnational Crime, and Corruption Center (TraCCC), Schar School of Policy and Government, George Mason University. David is a graduate (M.S.S.) of the U.S. Army War College, and received his B.A. from the University of Pennsylvania, J.D. from The Columbus School of Law, The Catholic University of America, and awarded numerous certificates from the Harvard Business School (HBS).